Jyn and Cassian in “Rogue One: A Star Wars Story” | Photo by Lucasfilms

Warning: Spoilers for the ending of “Rogue One” below.

2015 was a massive year for fans of the Star Wars universe. The Force Awakens, directed by J.J. Abrams, premiered in December to a mostly positive reaction. It took a somewhat safe and familiar path back to that galaxy far, far away. Abrams stayed true to George Lucas’ original vision with the use of practical effects over CGI when possible. The story featured an unlikely hero who came from nothing, raised on a desert planet, who becomes one of the most naturally gifted Force users in the universe. She is surrounded by a cast of new faces and old friends. To further entice us, and to keep that sense of nostalgia alive, it was scored by Star Wars soundtrack veteran John Williams. Everything in The Force Awakens felt like the Star Wars of old, but with a slightly new polish.

Also announced in 2015 was a series of standalone Star Wars films that would help to fill in the gaps of story between the various trilogies. The first of these would explore how exactly the Rebels were able to get their hands on the plans for the planet-killing Death Star that was destroyed by Luke Skywalker and company in 1977’s A New Hope. 2016’s Rogue One: A Star Wars Story would be a grand experiment for the Star Wars film franchise. It would be the first time a Star Wars film did not feature a Jedi as part of its main group of characters, nor would it touch on anything to do with the greater Skywalker family saga. While some names would be familiar, such as rebellion leader Mon Mothma, Death Star commander Grand Moff Tarkin, and brief glimpses of Darth Vader and Princess Leia, the story would focus on Jyn Erso (Felicity Jones), the daughter of the Death Star’s lead designer, and Rebel spy, Cassian Andor (Diego Luna).

The biggest departure of all would be it’s scoring. Instead of John Williams taking the helm of the film’s musical landscape, Academy Award-winning Up composer Michael Giacchino would be tapped to step into Williams’ shoes. Giacchino was not unfamiliar with composing for grand space operas, having at that time scored two of the three rebooted Star Trek films as well as creating the music for Disneyland’s version of the Space Mountain attraction. Williams had exclusively scored the cinematic Star Wars films (save for the 2008 animated Clone Wars film which used Kevin Kiner) and many were nervous that so much change would alienate life-long fans of the franchise. Giacchino himself was surprised to get the call because the film was so close to being released. He was completing the score to Marvel’s Doctor Strange when the call came, learning he had under five weeks to complete this new Star Wars project. But the chance to play in the musical sandbox of Star Wars was too good to pass up. He cites Williams’ previous scores as huge influences on Rogue One, with some themes quoted throughout but with new twists. In addition, he looked to Gustav Holst and Erich Korngold for inspiration. Giacchino says that it’s the emotional core of a story that really inspires the direction of his music. There are moments, such as on the planet Jedha when the audience is watching an entire city being destroyed, that the quietness and stillness of the score emphasize the terrible destruction being witnessed. It’s especially felt in the selection that you heard on KDFC at the Movies, the piece “Your Father Would be Proud.” It starts with such a quiet, peaceful melody, reflecting how Jyn’s father, an unwilling player in the rise of the Empire, would be so proud of her standing up against its tyranny. On screen, the planet Scarif is dissolving into rubble as Jyn stands on the beach with Cassian, having just transmitted the plans for the Death Star to the Rebellion. A wall of fire is approaching that they cannot escape. They have done their part and they know they will not survive. It’s a heartbreaking moment as the audience realizes that for the first time in a Star Wars movie, these heroes that we’ve come to know and care for over the last two-plus hours will not make it to the end of the film. It is much to the credit of Giacchino’s score, as well as the talents of Jones and Luna and director Gareth Edwards, that makes this scene one of the most powerful in any Star Wars film.

To learn more about Michael Giacchino’s time in the Star Wars universe, you can read his interview with the official Star Wars website at starwars.com. And to read about the Rogue One prequel series coming to Disney+, click here. 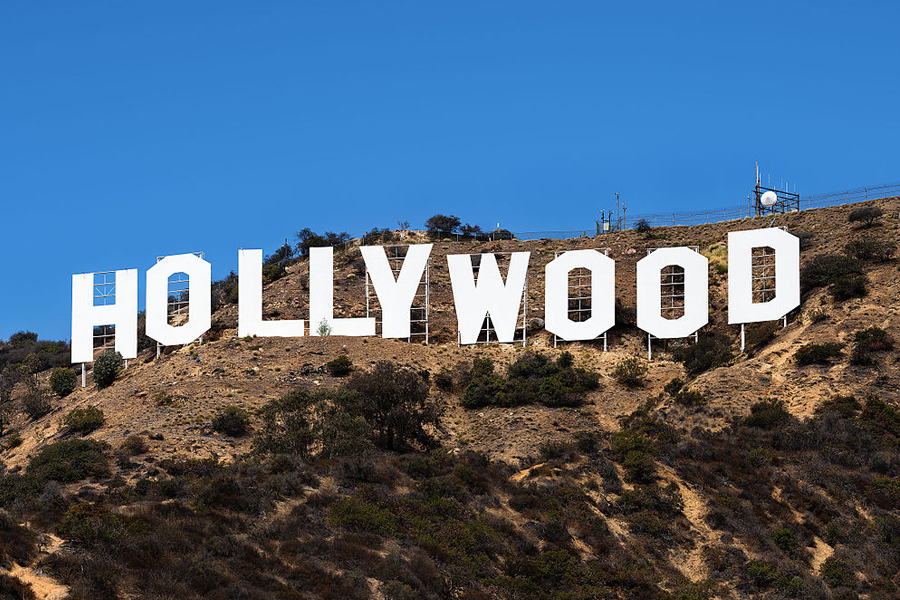 An Intimate Portrait of a Captivating Diva: Film Review by Kenneth Turan