They’re supposed to be decked out in cap and gown, slowly mounting the steps of their school auditorium to the strains of Pomp and Circumstance while friends and family tearfully capture the long-awaited milestone on their iPhones. Things turned out differently this year, but between studying for virtual AP exams and finals, kids are celebrating the best they can. So as we honor our resilient graduates this month, KDFC decided to scope out what classical music most inspires them. The choices are so rich and varied you’ll want to take notes, so grab those sharpened No. 2 pencils, and enjoy!

18 year-old Lowell High School senior Douglas Chu has studied viola since 7th grade at the San Francisco Community Music Center. It was while waiting for one of his first ever private lessons that he overheard the teacher playing an excerpt from a piece he had never heard before: Bach’s Concerto in D minor for Two Violins. That brief snippet was so memorable that he’s ever since regarded the concerto as his favorite piece of classical music. Will you keep studying music in college next year?

I’ll be on the “pharmacy track” at University of the Pacific, but I also plan on taking advantage of the school’s Conservatory of Music to keep studying and performing. I may minor in music. I will certainly keep music as a hobby.

What was it about the Bach Concerto for Two Violins that you found so compelling?

I lost track of time. It showed me the potential for music as an art form, that music could go beyond… And I wanted to play it! Now I’m looking forward to playing some viola duets of Wilhelm Friedemann Bach (Johann Sebastian’s eldest son.) I want to immerse myself in them!

Theo Makler wraps up his senior year at Palo Alto’s Gunn High School on May 29th, and he’s heading to Stanford in the fall, possibly majoring in mechanical engineering. But the French horn has been a big part of his life since the sixth grade, and he hopes to join the Stanford Symphony Orchestra, which would definitely be, in his words, “an amazing experience!” Any musicians in the family?

I come from a very musical family. My mom majored in ethnomusicology… and is a very talented clarinetist, and my dad loves playing piano.

I know it’s hard to choose. But do you have a favorite classical piece?

Two that I really love listening to are Tchaikovsky’s 4th Symphony and Mahler’s 9th. The orchestra I play in, the Golden State Youth Orchestra (GSYO), played Tchaikovsky 4 last year and it was easily the best performance I’ve ever had. The piece is just amazing from start to finish, and like pretty much all Tchaikovsky it has great horn parts. I’ve always thought that all of Mahler’s symphonies are really interesting, but there’s something about Mahler 9 that makes it zing. I love the first and last movements especially, but the whole piece is just such an experience. And of course, Mahler writes such special horn parts that I would love to play in an orchestra someday.

Josephine Chew took up the oboe in fourth grade because “it seemed unique”; few people she knew even knew what it was. Now a senior at Mission San Jose High School in Fremont, she’s an old hand at the instrument, and was so looking forward to playing the beautiful oboe lines of Dvořák’s New World Symphony with the Golden State Youth Orchestra (GSYO) at the now canceled season finale. As a freshman at UCLA this fall, Josephine will major in cognitive science, but she’s hoping to add a double major in oboe performance and play with the UCLA Symphony. With any luck, Dvořák’s New World Symphony will pop up on one of their future programs! What makes this piece so compelling for you?

I played an abridged version in school orchestra during junior high. The first time I played it, I remember one particular oboe line from the first movement (it first appears about three minutes in). I thought it was really fun, the way it bounced around, and that’s the first time I remember getting really into a piece of music and enjoying the performance process so much. The symphony makes you feel hopeful and nostalgic, like you’re at a new beginning — I especially love the delicate woodwind parts, and of course, the poignant English Horn melody. Andrew Chan, who is about to graduate from Monte Vista High School in Danville, was 8 or 9 when he first heard a recording of Hilary Hahn playing Mozart’s Violin Concerto No. 3. It was love at first hearing; at that moment he knew he had to play the instrument. Andrew has played with the Oakland Symphony Youth Orchestra (OSYO) all four years of high school. As the winner of a concerto competition, he was supposed to perform a solo piece by Prokofiev with OSYO this month, but of course the concert was canceled. Andrew plans to pursue dental medicine this fall at Case Western Reserve University but he’ll continue to study and play the violin. An avid fan of the KDFC app, Andrew takes screenshots of the pieces he doesn’t recognize so he can listen more carefully later.

Do you have a favorite classical piece?

My favorite pieces are always changing, but two pieces that I always enjoy listening to are Sibelius’s Symphony No. 5 and Chopin’s Ballade No. 3. I really love all of Sibelius’s music in general, but I find the Fifth symphony to be really vivid and scenic. His music is so picturesque, it’s like painting a landscape with sound. When listening to the Fifth Symphony, it’s not hard to imagine swans taking flight from a lake surrounded by forest, and I enjoy that romantic view of nature.

At age 14, violinist Loren Gigi has already performed in some of the world’s most renowned concert halls, including Vienna’s Musikverein and Berlin’s Philharmonie. That was on a tour last summer with the San Francisco Symphony Youth Orchestra (SFSYO) under then Music Director Christian Reif. It was such a great experience that Loren plans to keep playing in SFSYO until she ages out (which won’t happen for at least another 7-8 years!) Loren has studied at both the San Francisco Community Music Center and the San Francisco Conservatory of Music. She is home-schooled through the California Virtual Academy so it wasn’t a big stretch to adapt to a sheltering-at-home version of school this spring. She hopes to carve out a professional career as a violinist, but in the meantime, there’s graduation from middle school on June 11! As for her favorite piece, Loren chose one she performed on the SFSYO European tour—Mahler’s First Symphony. 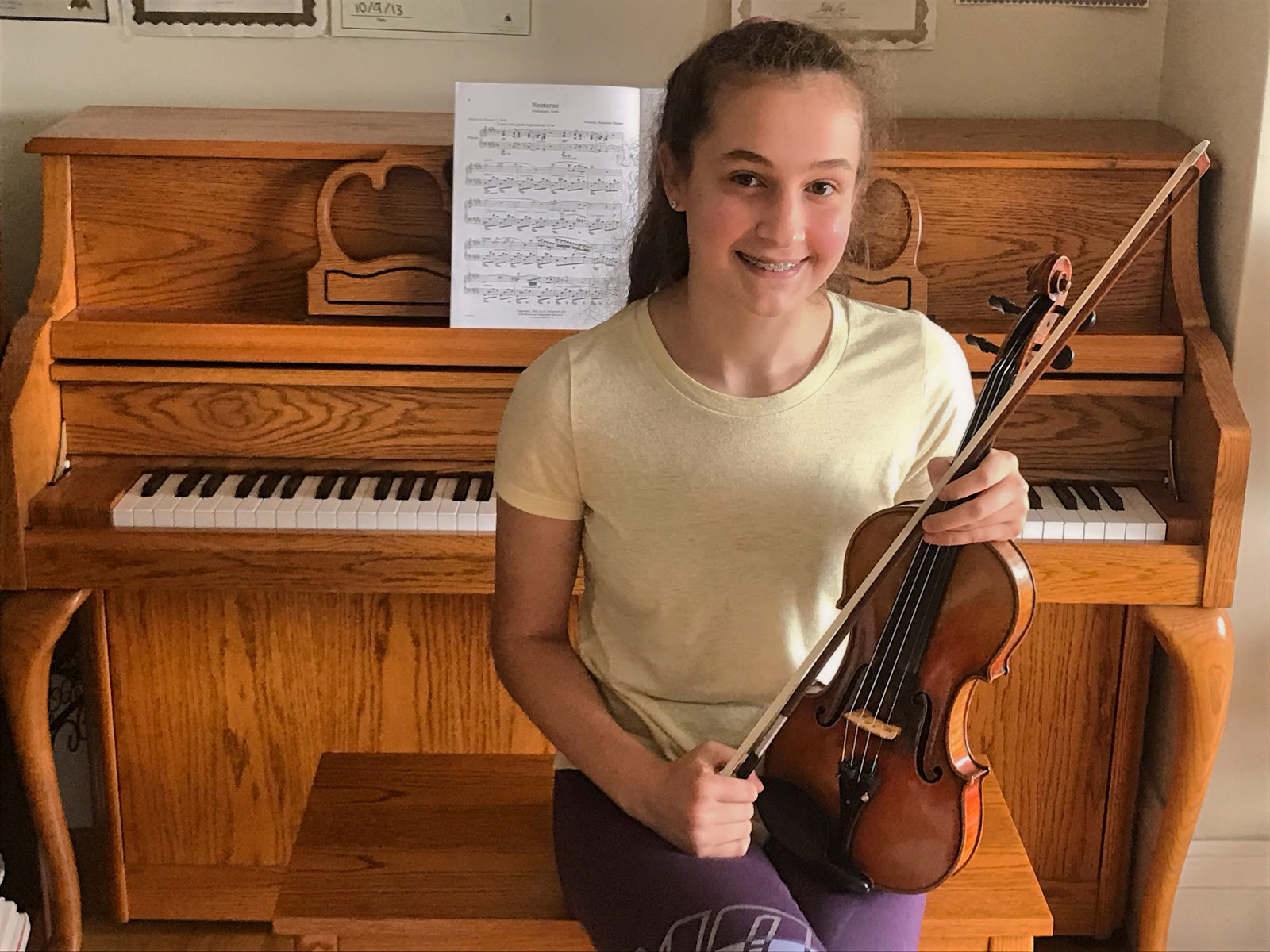 What is it about this work that inspires you?

When Gustav Mahler was about ten years old, his father used to take him into the woods, I believe, to hunt. One day, though, Gustav’s father left something at home and told his son to sit on a log or rock and wait until his return. It turns out his father had gotten occupied after arriving home and forgot about Gustav, who was peacefully sitting in the woods. Little Mahler’s experience alone did not scare him. In fact, it inspired his first symphony. The first movement especially is recognized by bird-like and butterfly-like sounds. The whole movement just seems like it is glittering with nature’s wonders. The inspiration behind Mahler’s First Symphony is moving; simple moments in life without distractions can be powerful.

Gwendolyn Hill is looking forward to virtually graduating from Berkeley High School on June 12th. She’s a dedicated member of the school band and has no plans to give up playing flute and piano when she starts at UCLA in the fall. Though her major will likely be Neuroscience or Psychobiology, she’s looking forward to playing with the UCLA band or orchestra, and continuing private lessons. Do you come from a musical family?

Neither of my parents play any instruments. However, we’ve always had an upright piano in our living room, and my family has always been extremely supportive of my sister playing flute, and then me playing flute and piano.

Do you have a favorite classical piece or two?

Currently, my favorite flute concerto is Ballade by Carl Reinecke. And my favorite piano piece would be Arabesque No. 1 by Claude Debussy. They are Romantic Era pieces, and I love the lyrical melodies present in both.

It’s not every day you hear a 17-year-old high school senior (or anyone else for that matter) saying with real vehemence, “I’d love to get my hands on another viola.” Geoffrey Voon, who graduates this coming week from Oakland High, has been borrowing a school-owned instrument for rehearsals and performances in the after-school MUSE Vivo Orchestra program, part of the Oakland Symphony’s Music for Excellence (MUSE) program. When they attend Merritt College in the fall, they hope to begin training as a firefighter. But there are no plans to give up the viola. Do you have a favorite piece?

I love Lion City by Soon Hee Newbold; it sounds like it’s music for an adventure movie. I’m working on the Handel/Halvorsen Passacaglia for violin and viola, which has such strong emotion. And with MUSE we played two movements of Bartok’s Romanian Folk Dances. I love the energy that moves through this music. It makes you feel giddy. It makes your heart race.

Laura Schneider, a senior at The Nueva School in San Mateo, believes her graduation will take place June 14th-ish. It’s still unclear whether the school will attempt an actual (socially distanced) ceremony, or whether it will be a virtual graduation day. But Laura’s plans for the fall are set— she’ll study humanities and social sciences at the University of British Columbia. She’ll also bring along her clarinet and at least a few pencils. Laura has studied both clarinet and composition at the San Francisco Community Music Center. And music will still be an important part of her life going forward. 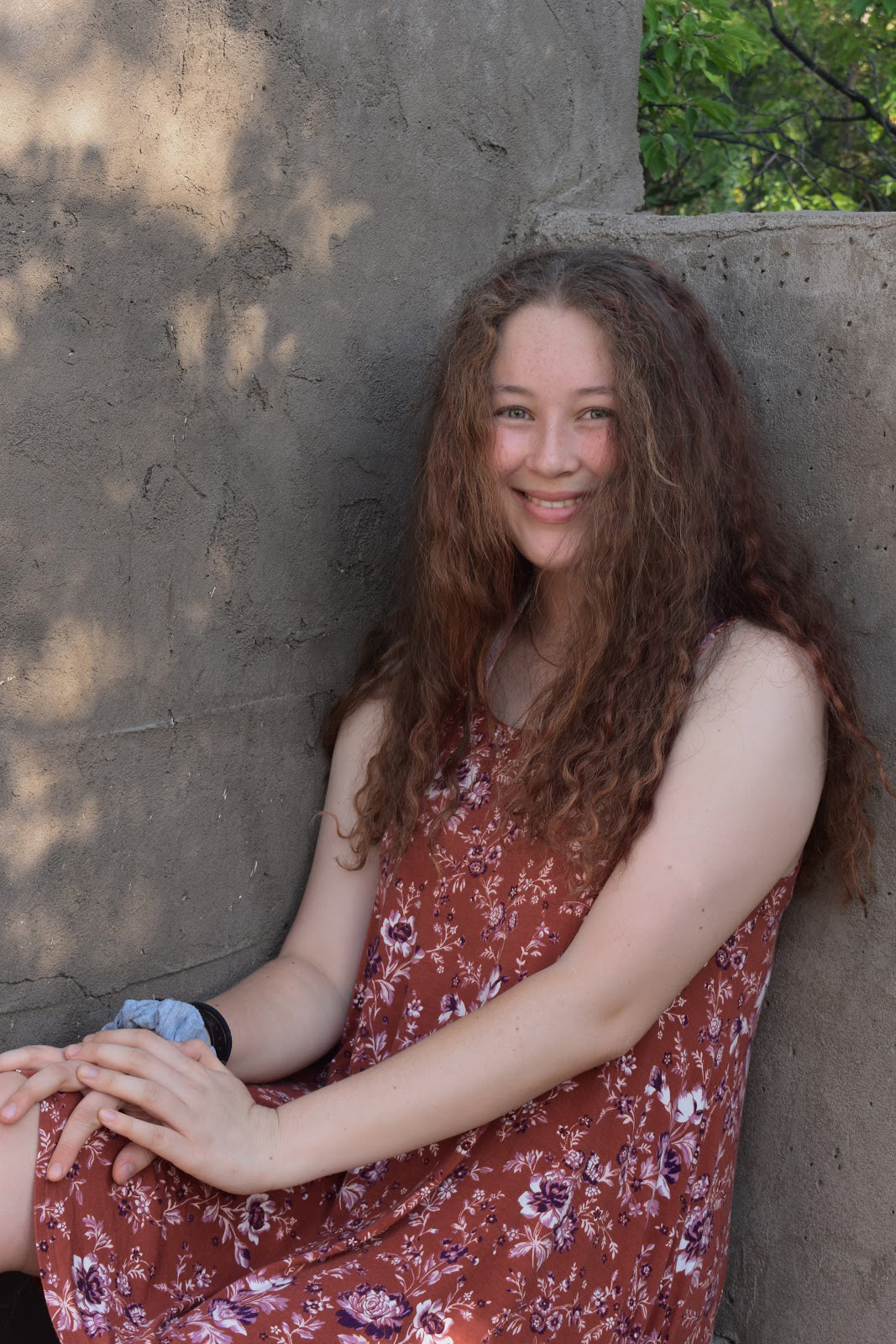 What classical piece most inspires you?

I’m writing a Sonatina for piano, and it’s clearly structured (in the classical style). But I’m looking for less structure in what I write next. So the Woodland Sketches of Edward McDowell are very intriguing to me. He wrote a lot of these pieces that evoke a specific memory or location, like New England Idylls, Sea Pieces, Fireside Tales. I might think of using them as a model, maybe for a California-themed suite.

Joshua Avery is a senior at Berkeley High School who traded in his trumpet for a tuba in 7th grade. He hopes to continue to play at UC Santa Barbara, where he’ll be a freshman this fall. What is one of your favorite pieces of classical music, and what makes it so inspiring?

One of my favorite classical pieces is Mahler’s Second Symphony, the Resurrection. I like this piece so much because I recently went through a crisis of faith in my religion. I lost so much of my worldview and I had felt hurt and betrayed. However, after a long time of processing it I eventually felt renewed and rejuvenated. I felt like this symphony so perfectly represented the stages I went through during that faith crisis. I felt as though I had died and then been resurrected. The first 30 seconds of the last movement really feel as though you are in the presence of something much greater than yourself. I had a distinct impression that those few seconds is what it would feel like to meet God.