Max Steiner's Indelible Mark on Movie Music - Classical KDFC
Support the Music You Love
This stream only exists thanks to listener support. Consider making a gift of any amount to keep it coming. Max Steiner wrote some of the iconic scores of the Golden Age of Hollywood, and his biographer and author of Music By Max Steiner: The Epic Life of Hollywood’s Most Influential Composer, Steven C. Smith says the “theatrical dynasty” he was born into in Vienna in 1888 launched him in that direction.

Steiner’s grandfather was a stage producer who was friends with Johann Strauss, Jr., and convinced the composer to try his hand at writing for the stage, leading to such operetta successes as Die Fledermaus. Steiner’s father, Gabor, worked with Gustav Mahler and Richard Strauss, producing concerts and operas, and was an early adopter of motion pictures, as part of his “Venice in Vienna” theme park at the Prater.

Having studied classical music, Max went first to London, where he conducted popular music revues (including one with Fanny Brice) before going to New York. There he worked with George & Ira Gershwin and Jerome Kern on Broadway, and built up his knowledge of popular song styles, and orchestration.

Steiner relocated to California just as Hollywood was transitioning from the silent era to talkies, working at RKO as a composer, arranger, and conductor. “It was the case of the perfect person at the perfect time,” Steven Smith says. “Because Max not only had all of this musical education, but he had developed this tremendous instinct, writing and accompanying people on the stage, for drama.” In the very early days, music in films was used in a very different way, and far more sparingly. Steiner is credited with having changed what people expected from film music: melodic themes associated with characters and more of a ‘wall-to-wall’ underscoring approach.

He was Musical Director at RKO when he wrote the score for King Kong (1933), which has been called the first great movie score. Decades of scores would follow, with iconic films like Gone With the Wind, Casablanca, and The Treasure of the Sierra Madre, showing his abilities as a composer of a wide range of styles of music, always supporting the action and emotion on screen. Max Steiner conducting the score to “Gone with the Wind”

The aim of the biography was to paint a portrait of Max Steiner, the person, rather than just the iconic composer. “He was not a tall man, he was about 5’4,” Smith explains. “He always had a cigar in his mouth, he had a lot of energy, so he might sound like the typical Hollywood type, but he was a deeply romantic person, and unlike a lot of people in Hollywood, he really loved people and was loved by people.” He was also flawed, with a weakness for gambling and a drive for work that took its toll on his personal relationships and four marriages.

One of his later successes, Steven Smith says, was the score he wrote for 1959’s A Summer Place. Since working with the Gershwins and Jerome Kern in New York in the 1920s, he’d wanted to have success writing a pop tune. “Theme from A Summer Place” was the number one record in America for nine weeks in early 1960, what Billboard called “the most successful instrumental single of the rock era.” It was so popular, Steiner used it (with a wink) as incidental music in a later film, and it’s lived on in movies as a go-to tune when a scene calls for an easy-listening scene-setter.

Although Steiner didn’t compose all of them, as music supervisor, he “touched” about 300 film scores. He loved what he did, and took his craft very seriously, living to the age of 83. Smith says Max Steiner was “very good company for a biographer… It’s a story that has a very satisfying mix of great triumph, of sadness, of perseverance.” 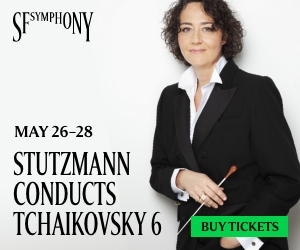