Seventy years ago tomorrow, on September 1, 1948, KDFC took to the airwaves for the first time, playing classical music for those in the Bay Area who could listen to an FM radio signal. The station got its call letters from the last names of its three first employees – Ed Davis, who began in sales, engineer Herb Florance, and first General Manager, Bill Crocker. His daughter, Chris Crocker, says starting a radio station was a dream that they had, as young men recently out of the Army after the end of World War II. Throughout tomorrow’s birthday, we’ll be celebrating each hour.

There’s a timeline of the station’s history here.

“The war had only been over for a couple of years at that time, and the three men must have been maybe 26, 27 years old. So this was a whole new glorious thing that they could do,” Chris Crocker explains it had long been a dream of her father’s. “He’d always loved classical music, his father had taken him to concerts when he was a boy in New York. And I believe he met Eddie in the Army, but they were both in radio. He was in the Army Air Corps, and was a radio engineer.”  The first site of both the transmitter and studio was atop Mount Beacon in Sausalito. “I call it Wolfback Ridge, but it’s in the hills above Sausalito. It’s very high, very windy, you know, there’s a lot of antennas up there. There were fewer in the first days, but now there’s a lot of stations up there… You have a view over the whole Bay Area from there, when it is not fogged in. And that was a major thing, wind and fog.” There’s still a transmitter for KDFC there today, decades after the studios moved into the city. In the earliest days, the announcers would play 78 rpm records, type up what they were going to say, and were only on the air about 7 hours a day, from the afternoon until 10:30 at night. “They wanted to do something that was new with classical music, and of course FM was very very new then, and had sort of opened up what you could broadcast with classical music.” Crocker says KDFC today is continuing the mission that her father began. “One of the main things I am really very very happy about,” she says, “is that my father did live long enough to have seen it become a public radio station that was playing all classical music. He lived long enough to see that, and he lived long enough to see the Giants win the pennant.” 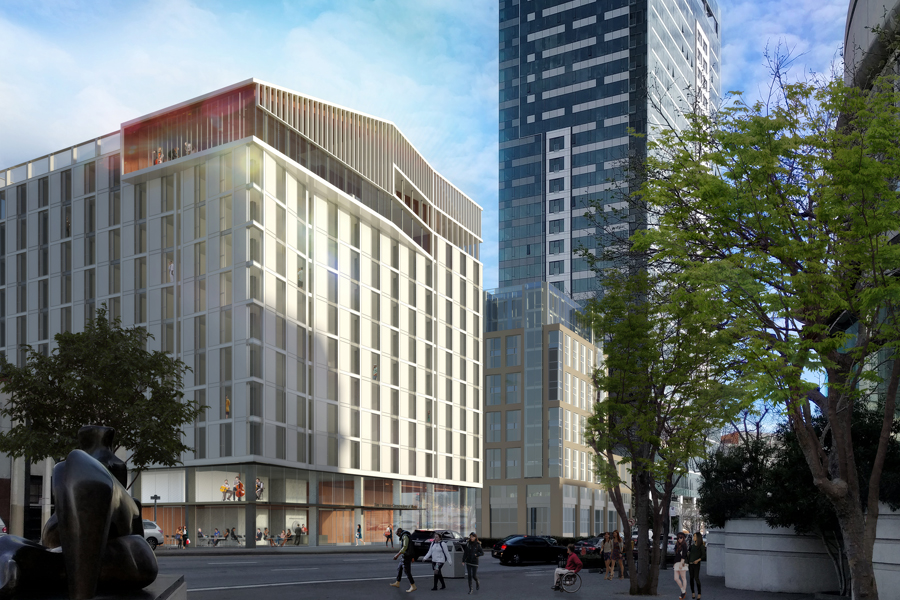