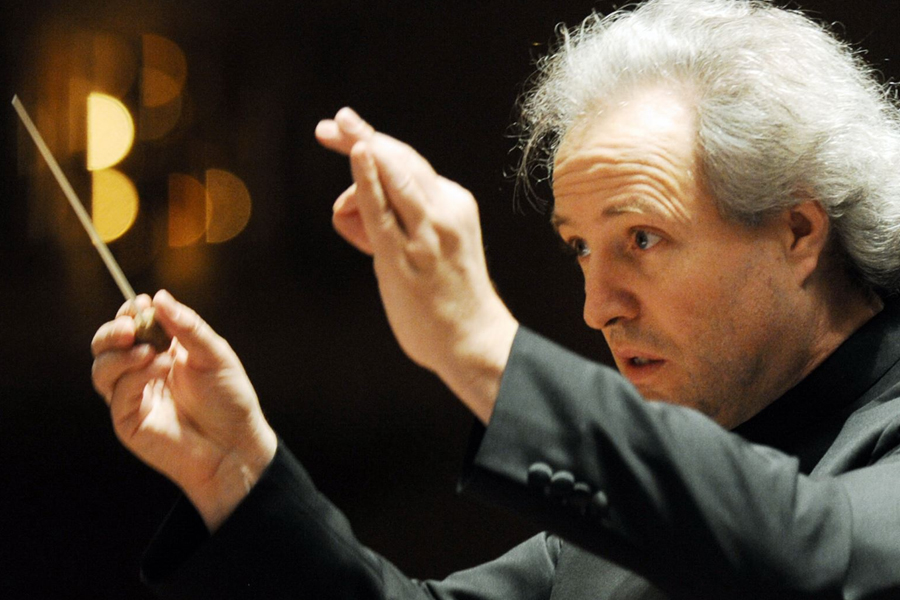 Manfred Honeck returns to guest conduct the San Francisco Symphony with performances this week of Dvorak’s Eighth Symphony (and with cellist Truls Mørk, Prokofiev’s Sinfonia concertante). Honeck says Dvorak was closest to his Bohemian roots in this symphony, which was written when he was reconnecting with the Czech countryside.

“Dvorak moved from Prague in that time to Vysoka,” which was 30 miles away from city life, Honeck says. “He rebuilt this country house, and he wrote ‘Everything is going so easy now,’ speaking about the composing of the Eighth symphony. ‘Everything is going easy, I love the nature.’ And we know that he had chickens around the house, he had vegetables. And he was like a farmer, and he enjoyed it enormously.” And that countryside environment can be felt in the rhythms and dances within the symphony. “It’s wonderful to know how the people in that time, the musicians played certain dances. And that’s actually my starting point on all of this. Because, I mean, we all learn the notes, we know the score, we know the score by heart, and we… love the music. But for me, the most important, the background of the music: How do we play this music?” Some of the characteristics that make it feel Bohemian wouldn’t have been notated, because they wouldn’t have needed to be. “There are a lot of traditions in that time of Dvorak, which the composer decided not to write down, why? Because the musicians knew how to play it… More and more we go to the 20th Century, we are trained to play what is written. So, well for example, in the third movement, is a clear dumka, and sometimes people tell me “oh, it’s a wonderful waltz!” Yeah, it’s a dance, but it’s a dumka firstly… You have in the first movement a march, or you have a polka in the last movement. Everything is here, and that makes this music so rich. And I’m so glad always to work on this 8th Symphony, because it feels like I do a mission, so to say.” A Pair of Folk-Inspired Concertos