The 'Violins of Hope' Visit the Bay Area - Classical KDFC
Support the Music You Love
This stream only exists thanks to listener support. Consider making a gift of any amount to keep it coming. 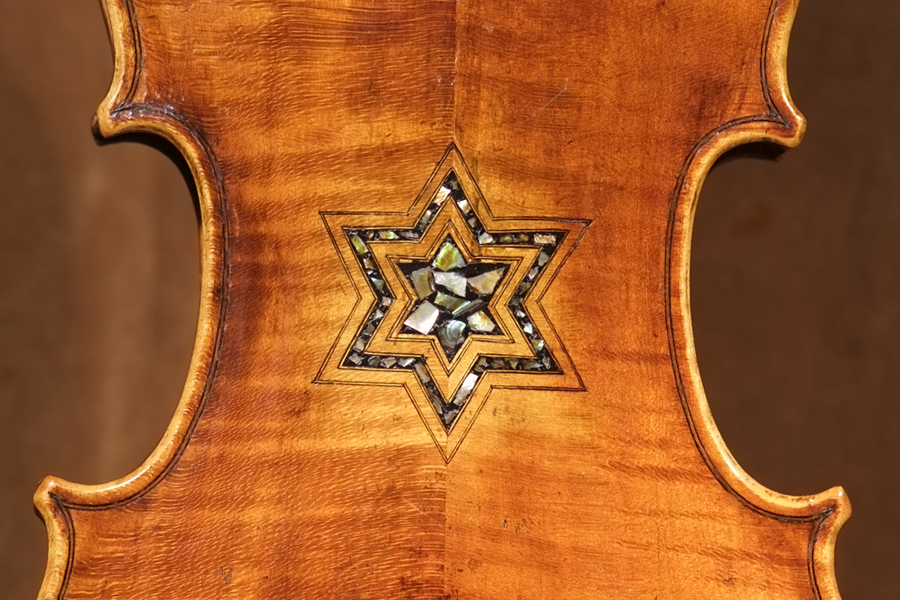 The Violins of Hope are instruments that were played by musicians in concentration camps during the Holocaust, and have been lovingly restored by father-son luthiers in Tel Aviv. About fifty of them are coming to the Bay Area for an eight-week engagement, organized by Music at Kohl Mansion. Music at Kohl’s executive director Patricia Kristof Moy says they’ve teamed with more than 40 partner organizations and 300 musicians for the visit.

There’s more information about the project at Music at Kohl Mansion‘s website, and a complete listing of events here.

The instruments are making their first appearance on the west coast in the Bay Area, thanks to the Hewlett 50 Arts Commissions grant for the piece of chamber music by Jake Heggie that will be having its premiere during their stay here. Patricia Kristof May first learned of the Violins of Hope before they were going to be in residence with the Cleveland Orchestra several years ago, and loved the idea, but thought there wasn’t a feasible way of raising the funds to host them. But then, Hewlett announced they’d be making 10 large grants for new works of different disciplines each year for five years beginning in 2017 – and they’d begin with pieces of music. “If we were able to create a new work for these violins – at that time there had not been any compositions made for the Violins of Hope. So I approached Jake Heggie, who has written several pieces about the Holocaust, which I had heard and been extremely moved by, and Jake immediately said yes… The project grew and grew and grew and grew. And so many partners wanted to join, and jump on board. This opportunity to bring this great collection clearly needed a bigger audience than a small chamber music venue, so we went out to partners all over the Bay Area.” So now, over the course of 8 weeks, there will be educational presentations, music and film, as well as the instruments themselves on display at various locations. “Originally we thought maybe two or three weeks in the Bay Area, we thought maybe 10 or 12 partner organizations would join us. We’re now at 8 weeks, 8 counties, 42 partner organizations, 300 musicians. Because this is a project that everyone who heard about it wanted to be a part of it.” Although the concerts with the Jake Heggie work at Kohl Mansion are sold out, a large part of it will be included in a free concert (but reservations are required) at San Francisco’s Congregation Emanu-El on the anniversary of Holocaust Remembrance Day, January 27th, the 75th anniversary of the Liberation of Auschwitz. There’s also a program on the 16th of February at the Mansion with the Ariel Quartet from Israel playing the instruments, for which there are still tickets – and many other opportunities to see and hear the Violins of Hope during their stay (see complete listing above).